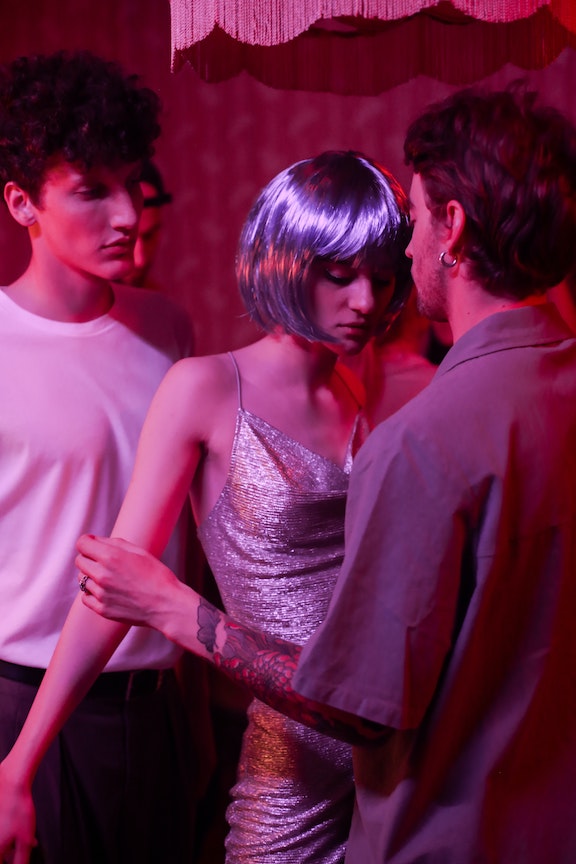 A lot of men on Niteflirt call me to talk about cuckolding.

I would say that this might be the number one kink I talk about, although it’s often combined with other kinks, like chastity, small penis humiliation and sissy play.

For some people, it’s totally about the humiliation of feeling “not good enough.” For others, it’s more about seeing their partners enjoy themselves.

(Is this cuckolding? It depends. Some people define it that way, although I think cuckolding generally has an element of humiliation in it. Lots of people like watching their partners have sex with other people and DON’T find it demeaning.)

Then I had an interesting conversation with a man who asked me if I thought ALL women would secretly want to have cuckolds as husbands.

I’m pretty sure he thought it was a rhetorical question.

But I said, most certainly not. He was surprised.

He asked, “What woman wouldn’t want the option to go have sex with lots of men?”

First, well…lots wouldn’t want to do that just because they are happily monogamous. Not all women crave sexual variety in their partners.

But even the ones that would be interested in having sex with other men…well…my internet friend was missing something important.

I think cuckolding is really a fantasy about the person BEING cuckolded.

Sure. I’m know there are lots of women who are non-monogamous. But I’d wager a bet that the majority of those women are non-mono because:

You could argue that cuckolding falls under number two of my very short list. And it might. And I’ll bet that for most women into cuckolding, this is a big part of it for them. I’d love to hear from some actual women who are into cuckolding, because I personally don’t know any. And I know a lot of kinky women…if they ARE into cuckolding, they haven’t told me they are or it’s never come up!

But for the number ones in my small list, having sex with someone else would be something they did for THEMSELVES. They wouldn’t likely want to go have sex with another person and then have to tell their partners about in detail for their excitement. Or even perhaps bring men home for an audience. Not only might that feel oppressive, it might also feel non-consensual in a variety of ways.

Cuckolding doesn’t require that. You could certainly have a cuckolding relationship in which the woman got to do whatever she likes without any responsibility to tell her partner about her outside activities.

But I’ve talked to very few men with cuckolding fantasies who I think would be truly happy with that arrangement. Because they get off on the humiliation and knowing about her “indiscretions.” Just having sex with other people and NOT rubbing it in his face is kind of the equivalent of chastity where a guy’s cock is totally neutrally ignored.

Maybe it’s a kink for the woman too. Like I said, there are plenty of people who like to fuck outside their relationships consensually, whether by themselves or as couples. But then within that group, you’re looking for a smaller subset of women who enjoy doing that and talking about it because they find humiliation hot.

As for why I’m not interested in cuckolding, it’s twofold. One, I’m very picky (whether I should be or not) and don’t meet a lot of men with whom I want to have sex. Two, I don’t want to humiliate someone I love. It’s not something I eroticize. I do actually have cuckquean fantasies, which is the reverse of cuckolding, but I know myself well enough to know that those desires need to stay in the fantasy realm because I am not emotionally equipped to handle the reality.

If you’re a woman and you ARE into cuckolding, I would love to hear your opinions about what you enjoy about it, and if you think I’m getting it wrong. Theoretically, I talk to lots of men who say they enjoy it, but whether they enjoy it in reality or in their fantasies is really something that only they know. 😉

2 thoughts on “Cuckolding. A Pleasure For Her? Or For Him?”