I had an interesting but unexpected brief conversation with a friend the other day. My friend identifies as kinky with bottom tendencies. She’s new to the public Scene. I was telling her about the orgasm denial I’d been doing with my submissive and she said, “See. That’s why I can’t be a domme. I like giving pleasure too much.”

If I’d had time, I would have stopped my friend and explained why she was very wrong and how what she said was unintentionally insulting, but we were at a bar, and the music was loud, and she slipped away. My friend is an intelligent, open-minded woman, and I assume she can’t be the only person with this belief. So, instead of correcting her, I’ll disabuse this audience of the notion that dommes are inherently selfish and/or don’t like giving pleasure to their subs.

I’ll disabuse this audience of the notion that dommes are inherently selfish and/or don’t like giving pleasure to their subs.

While I cannot speak for all dommes, since all women are different, I love giving pleasure to my sub! I love, love, love it! I love topping! I usually like it much more than bottoming.

I should say that D/s is not about topping and bottoming. D/s is about control. Topping and bottoming are about who is doing and who is receiving. There are definitely dommes who like to remain in control but only receive pleasure, or service, or some combination of them both. And that also doesn’t mean they are necessarily selfish. There are some subs who love service topping!

But most of the dommes I know enjoy topping their partners—doing things to them, at least some of the time. Those things might not always look like pleasure to vanilla folks. But they are often pleasurable to kinky folks, or pleasurable in their painfulness.

My friend had an image of a domme as a woman who only receives pleasure. She’s possibly suffering from the belief that a lot of new dommes have, which is that, “If I do X, it will make me less domly.” For example, a new domme might worry that if she gives her submissive a blow job, it will seem submissive. A blow job is generally something you do for a person with a penis to explicitly make them feel good.  You also are usually physically lower to the ground when giving a blow job, on your knees or between someone else’s legs on a bed. Since a femdomme is supposed to be powerful, how can she be on her knees for a man? How can she be between his legs? A powerful, dominant woman would never stoop so low!

No particular action I do as a domme is inherently dominant or submissive. It’s just an action.

No particular action I do as a domme is inherently dominant or submissive. It’s just an action. If I ordered my submissive to give my face a rough fucking while I was on my knees in front of him, he would be following my directions. And I’ve done that plenty of times because sometimes I actually like feeling a little out of control and used. It doesn’t change the dynamics of our relationship because they are already defined. It’s just an activity that we do, a role play, a scene.

But more often, I like giving long, slow, teasing blow jobs, where my submissive knows who is in control and that it’s definitely not him. I stretch them out and listen to his whimpers and moans, his fear that he won’t be able to come mingled with his fear that I’ll actually let him.

Am I giving him pleasure? You bet I am! I certainly hope so!

I’m the kind of woman who goes a little feral when she’s attracted to someone. I like to kiss, grab, lick, pinch and bite my prey.  I am an active participant in kink and in sex.

I’m the kind of woman who goes a little feral when she’s attracted to someone. I like to kiss, grab, lick, pinch and bite my prey.  I am an active participant in kink and in sex. When I’m doing a man, I’m getting to experience his reactions. I get to see his face contort with delight or pain or fear. I get to see his muscles tense. I get to listen to the noises he makes for me, the way his body can’t help dripping with anticipation. In fact, I like giving more than getting, because for me, sex is a very intellectual pursuit. It’s not the physical part that really turns me on. It’s the mental part.

While I can’t guarantee that there aren’t femdommes who hate men, I haven’t yet met one who says she does. I’ve met a few who say that they think women are superior to men. But I would say that from my interactions with other dommes, most of them feel the same ways about men that other women do—that is to say that they like some of them and dislike some of them and love a few.

If you don’t understand kink, when you see a domme beating, scratching or biting her sub, you might interpret that as cruelty. In reality, any ethical domme will have negotiated with her sub. Her sub likely enjoys the stimulation or enjoys not enjoying it, and the domme enjoys his enjoyment. It’s not an expression of hatred that you’re seeing. It’s an expression of play, lust or love.

If you don’t understand kink, when you see a domme beating, scratching or biting her sub, you might interpret that as cruelty. In reality, any ethical domme will have negotiated with her sub.

Even chastity, which might appear like the ultimate cruelty (for some people), where a woman doesn’t allow her partner is orgasm, is often desired by the sub in an F/m relationship. It brings out powerful submissive feelings in some men, which they crave. It also keeps the dynamic between the couple sexy and teasing, like a sweet, erotic secret they share between them. Some men like feeling like they are denying themselves for their partners. There have been times when I’ve been playing with chastity where I’m doing it more for my sub than for me. Something I didn’t realize when I first started playing with chastity is that you can still have sex with your sub without letting him orgasm! Although this could appear mean, it’s been my experience that my partners find it both frustrating and thrilling at the same time.

Similarly, although small penis humiliation is overwhelming a male fantasy (I know very few dommes who enjoy humiliating men about their penises), if a domme was to humiliate her sub about his supposedly tiny penis, it would likely be his idea and his fetish. So what might appear to be cruel treatment by the domme would actually be instigated by her sub. And if the sub decided he didn’t like what was happening, he could use a safe word to stop the scene. Psychological play isn’t different than physical play, in that regard. No ethical domme would continue play if her partner truly wanted to stop.

I would say that many dommes are very giving when it comes to their male partners and care quite a lot about their happiness-even if the methods to create that happiness may appear odd to outsiders of kink.

So, no. Most lifestyle femdommes do not hate men. They choose to play with and have relationships with men. And why would they do that if they hated men? In contrast, I would say that many dommes are very giving when it comes to their male partners and care quite a lot about their happiness-even if the methods to create that happiness may appear odd to outsiders of kink.

As for pro dommes, I cannot say, since I know very few of them intimately enough to ask them. I would imagine that they feel like any sex workers (although pro dommes do not usually have sex with clients) in that they enjoy some clients and don’t enjoy others.

There’s also a weird misogynistic viewpoint that’s kind of standard that women don’t really like PIV sex and that it’s something they only do for men. Therefore, it makes sense that within these fantasies, women wouldn’t “have” to have sex. That “burden” is lifted off of them, and instead, they only need to receive pleasure.

So, that’s where I believe this misconception started. Now, about its accuracy?

Most women enjoy having PIV sex with a partner who cares enough to help them enjoy it. Are there women who just don’t like having PIV sex? Sure. Like there are people who don’t enjoy a variety of sexual acts. I haven’t met one, but I know there are some guys out there who must not like blow jobs.

I think the misconception about women not enjoying PIV sex started because there wasn’t a lot of education for or about women’s sexuality. Society didn’t place an emphasis on women enjoying sex, and because so many women do need clitoral stimulation to orgasm, lots of men weren’t providing what they needed to enjoy PIV sex. Foreplay doesn’t hurt either!

But we live in modern times now, and more women and men understand how to have sex that pleases both themselves and their partners. Most of the women I know, vanilla, bottom or top, enjoy PIV sex, the physical sensations it provides and the intimacy it allows for with partners.

I don’t personally believe that sex is an inherently kinky act. I mean, vanilla people mostly have loving egalitarian sex. It’s the attitude with which you infuse the sex that makes it kinky. If you’re a domme, and you really like being on the bottom and receiving rough sex, it doesn’t make you any less dominant to ask for what you want. You’re in charge. It’s your sub’s desire to give you what you want and what  brings you pleasure.

There are obviously some small physical choices that can make having PIV sex as a domme feel more dominant, such as being on top, lightly holding your partner’s throat or chin (get educated if you want to try breath play), or sticking your fingers in their mouth to suck as you have sex with them. You could forbid your sub to orgasm or tell him he can only orgasm after you do. You can talk dirty to him and tell him what a good boy he’s being for you. Or that he’s a bad boy and after you’re done, you’re going to give him the discipline he needs.

The choices are endless.

Essentially, there is nothing dominant or submissive about PIV sex. You shouldn’t let outdated, misogynistic stereotypes keep you from enjoying your pleasure or your partner. 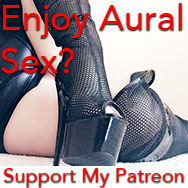 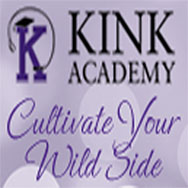 Taboo fantasy is hot because it's edgy to explore something that arouses you in spite of all the collective energy that gets invested in making sure you aren't aroused by it. 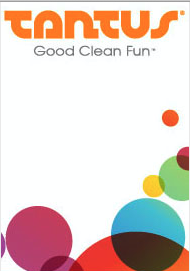