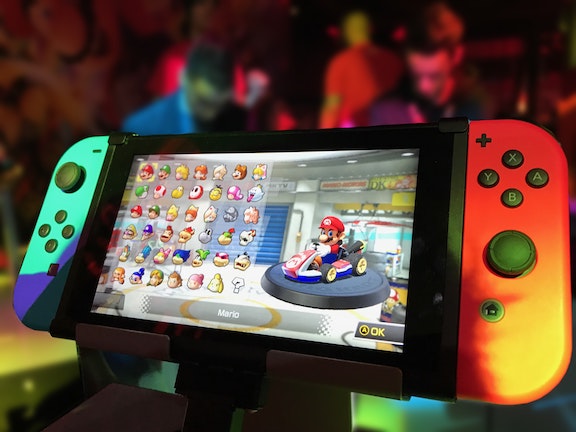 I’m going to tell you a little secret. Sshhhh. It’s just between us.

I am actually a switch.

Yes. It is true! I switch! I enjoy bottoming sometimes.

Do I act on them?

So, no. Not really. They are masturbatory fantasies between me and my Hitachi.

But sometimes even I, this woman writing about domination all the time, likes to feel like I am “put in my place a little.”

Is it all the time? No. It’s maybe 10% of the time. It depends on how I feel and the energy I want. But I sometimes like to bottom.

Of course, bottoming doesn’t necessarily have anything to with relationship dynamics. You can bottom and still remain entirely in charge. If I tell my partner that I want him to spank me until my ass is red and I’m crying, I’m still in charge because I want it and he’s doing it because I wanted him to do. It doesn’t make me any less or more in charge than if I’d told him I wanted to spank HIM until his ass was red and HE was crying—no matter how it might appear to others.

But I admit that when I bottom, I like to surrender a little, or at least pretend to surrender for that period of time. For me, kink is pretty psychological. So, if I’m going to sublimate myself physically, it’s the emotions and headspace that are really going to turn me on. Not just the act.

The reason I’m throwing this out there is the old ratio mythology that there are something like 20 submissive men to 1 dominant woman. This seems to have been disproved in a multitude of ways. I’m not saying it’s even. But 20 to 1? Nah. I don’t think so.

I think one factor that’s often overlooked is that people do all kinds of things in relationships that they don’t talk about. You don’t need to be publicly kinky to be kinky. If you’re a dominant woman and you meet a guy who is into it, nobody else needs to know. And kink has to be really integral to what you’re looking for if you’re a woman who ACTIVELY seeks a submissive partner.

I maintain that for a lot of women, it isn’t that integral. Or they don’t know it is at the age where they’re searching for a life partner. But that doesn’t mean they might not like it, or like it sometimes. They just might not care ENOUGH that they’re searching for someone specifically submissive or dominant or anything. They are looking for a person and not a set of kinks.

If, as a man, being submissive IS that integral to your life, a woman who is only kind of kinky or only occasionally dominant might not work for you. But I think it’s a mistake to write off women who aren’t labeling themselves—as dominant or as anything. Because if someone like me, who is writing a blog about sensual female domination, is telling you that she sometimes finds it fun to switch places and be (or pretend to be) the submissive partner, imagine how many other women out there might be into it with the right person and the right relationship dynamic. If you limit yourself to looking ONLY for women who actively label themselves as dominant or mistresseses, you might be missing out on a great partner, as long as you can also maintain some flexibility.

*Also, I feel like I should give this note. This doesn’t mean that I suggest mail bombing every woman on Fetlife who identifies as a switch. As always, be polite. Read profiles. Read the room. It’s just a little reminder not to get so caught up on labels that you don’t see the kinky forest for the whip wielding trees.