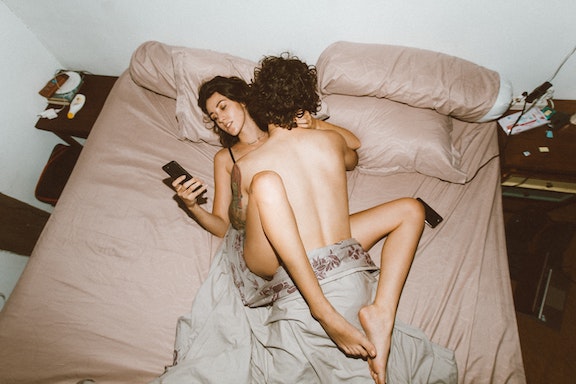 Last night, though, I started out with an idea of an audio of a next door neighbor coming over and seducing him, and somehow it turned into a cuckquean audio!

That doesn’t mean that I don’t find it hot to watch a partner have sex with someone else, but I want to feel in control or at least simply a voyeur watching a show put on for me. I don’t want to feel belittled.

Anyway, this is an unusual audio recording in that if you’re into the premise, I think it’s one that both men AND women could enjoy–whether they fantasize about cheating or being cheated on, and even threatened with discovery. Give it a listen if you’re into that sort of thing. 😉