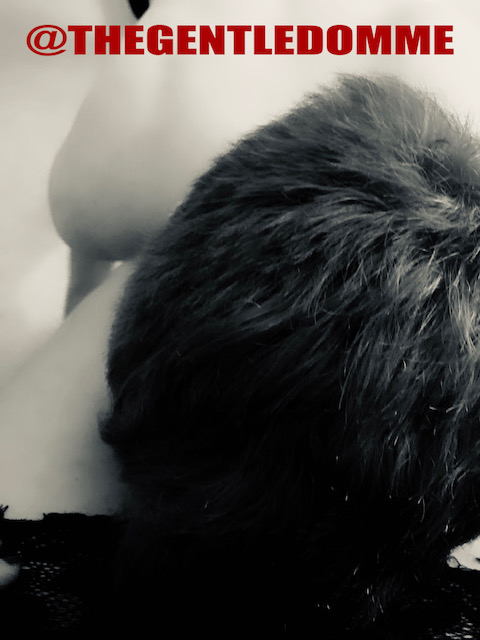 When my submissive and I first met, he had a deep curiosity about chastity play but was frightened by the idea of caging his intimate areas and perhaps hurting himself. We were also in a long-distance relationship, so it wasn’t something that I could control all the time, and like many submissive men interested in chastity, part of the thrill was occasional teasing and the knowledge that we both understood he was locked—for me.

Because of that, we took our time with this kink. Honestly, I wasn’t sure if I would be interested in it or not, so I was fine with waiting and dipping our “toes” into the…metal.

The first thing we tried was honor chastity. He simply agreed that he would not touch himself for an agreed upon period. This was generally until we saw one another again, so for a period of a week or two at a time. And while some dommes feel that their submissives can’t be trusted, my feeling was that this was something we were exploring together. He certainly wanted to try it as much as I did, and I believe he was thoroughly honest based on his level of desperation when we saw one another again.

I also started implementing daily edging sessions to keep his levels of desire up, so he wouldn’t forget his predicament!  He certainly did not!

Then one day on a whim I decided to buy a cheap silicone chastity device for him. I chose the silicone because I thought it was likely to be the most comfortable. It was also pink, which I thought was adorable. However, when it arrived, I discovered that it wasn’t such a good investment—minor though it was. It didn’t fit correctly. It chafed. And neither of us liked that it fully enclosed him so he couldn’t feel anything. Part of the fun for us was that I wanted him to be able to feel my teasing. He couldn’t feel anything through the silicone toy.

After that, we went back to our honor play for a little while, and then on another whim, I bought him a cheap metal birdcage chastity device. This time I seemed to have hit upon something closer to a winner.

First of all, it fit him much better, and the bars made it easy for me to tease him and see the effects. We continued our play, but now he would wear his cage on a more frequent basis for an hour or so at a time. Sometimes we would also play over video chat, and I’d make him tease himself through the bars while I watched.

While the second attempt was much better, he soon realized that the cage was too long. It was so long that it was fairly noticeable in pants. And he had started to sometimes wear his cage out of the house when he was doing errands or walking close to his house. I don’t think it felt confining enough for him. So….

He bought a similar but shorter cage. This one pressed against the head of his cock when he got excited, and I enjoyed and still enjoy seeing him become visibly aroused but caged and unable to relieve the pressure.

Now, he was wearing the cage almost all the time. He put it on in the morning and wore it throughout the day, even going out to do shopping or visit with friends. He said it felt comforting and reminded him that I was always with him—in spirit if not in the flesh. I admit that I found it very sweet, and I began to wear the key around my neck, even from a distance. (He does have a key at his house.)

A few weeks ago, he tried sleeping in his cage as part of some funishment on my part for removing it before a run without my explicit permission. It was a good experiment, but he wasn’t ready for it, and since this is something that I want us to enjoy together, we’ve decided not to press forward and have him remove his cage before bedtime.

The last time we spoke about chastity, he admitted that he was now thinking about buying an even smaller and more confining cage! Oh, how things have changed from the beginning of our relationship, when he was curious but afraid to try chastity play at all to now when he is comfortably wearing his cage at least twelve hours a day and planning on getting one that will enclose him even more fully.

And as for me, while chastity is not a fundamental kink of mine, I do really enjoy his desperation and the attention he lavishes upon me the more frantic he gets for some release. He enjoys it too. In fact, sometimes we are both sad when it ends because we know it will be a little while before the excitement returns.

So, who knows? Maybe we will go deeper down the rabbit hole. After all, it is Locktober!