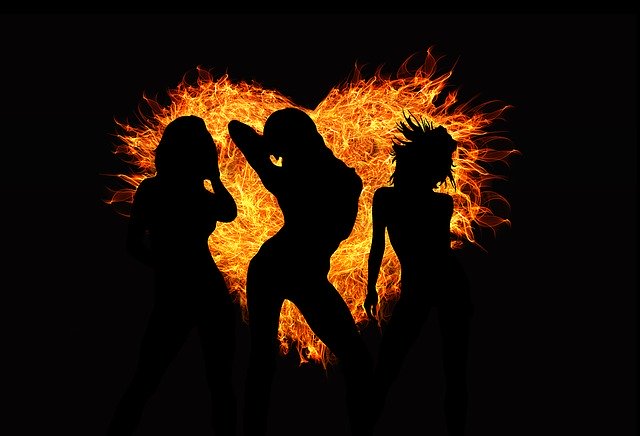 I just returned from a favorite hotel takeover kink event of mine, and I had intended to write a few posts to help people navigate these kinds of events as newbies. But as I started to write, I realized that there are some differences in the advice I would give to women than to men. So, I decided to break these up into separate articles.

I think going to kink events as a man is harder than as a woman—assuming your intention is to play with anyone other than a partner with whom you attended the con.  If you’re just going with a partner and only want to play with that partner, it’s much less stressful. But if you are man going to a con with a woman and you both plan to play with others or you are going alone, I think it can be a stressful experience.

It’s really easy for women to get pick up play at cons. All you really have to do is write a message beforehand on the event site or a thread for arranging play and you will likely have offers. I’m not saying they will be GOOD offers or offers from people you really want to play with, but you are likely to have offers. Also, those offers will often come from men and other women. Female bisexuality or heteroflexibility is pretty open and prevalent in the Scene.

But what I hear from my male partners and male friends who write those same messages is that they often get—crickets! They will write up messages saying what they are looking for and get few to no responses.

Why is this? Well, it’s complicated. I think part of the reason is that women have more options, so they are likely to pick men (or women) they already have relationships with. I also think men don’t generally do as good of a job at advertising themselves. And male bisexuality, while given lip service as fine and dandy, isn’t nearly as open in the Scene as female bisexuality.

In fact, my male partner said he would never go to a con as a single guy. And I can understand why. It could easily be very lonely.

BUT…I have a good friend, a masochist, who just went to a con with me, and he had play night and day and day and night. I don’t know how he had the energy!

Now, going to a con for play isn’t what everyone is there for. I want to say that because that absolutely is NOT the goal for everyone there. In fact, for me, it’s fun, but I am more there to be with my partner, hang out with friends, see sexy things, flirt and get dressed up. If play with other people happens, that’s fine and fun, but it’s not my goal for kink conventions.

But, I’m going to make the assumption that as a guy reading this article, you might want to find play at a kink con, or at least have the option!

So, how did my guy friend make that happen?

If you are a guy going to a kink con with a partner, and you both plan to play with others, I also think it’s a good idea to really talk about that beforehand. Because it tends to be so much easier for women to find play than men, I’ve seen lot of guys get very jealous and grumpy when their partners are off bouncing around from one scene to the next while they are hanging out in the lobby feeling like the fun is passing them by. I think it would be a good idea to take steps to avoid those feelings, whether that means arranging certain times that outside play can and can’t happen or being aware of that possibility and creating coping mechanisms.

And if you are going alone, I would be aware that your first con could feel lonely. Make sure you know some people there before the event who you can hang out with and keep your expectations low in terms of the amount of play you will find. You might be pleasantly surprised, but desperation isn’t fun or hot for anyone. Instead, use your down time to make new friends, and you might find that the friends you make this year might want to be play partners with you next year.