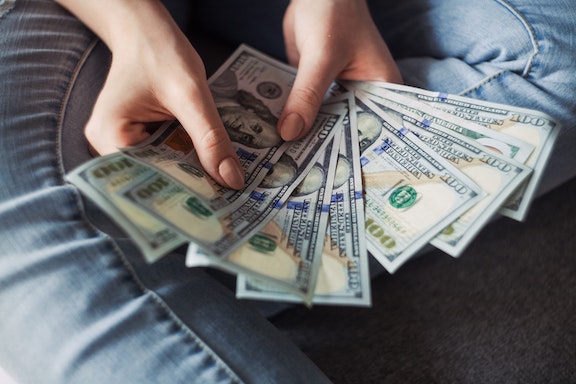 As you know, I NEVER give out personal information about customers in my blog, and I don’t intend to, but I did want to generally write about findom because I had my first findom experience yesterday.

So, I really don’t advertise findom because my impression of it has always been a lot of, “Pay me, loser! You’re my Pay Pig!” And whether or not that’s accurate and/or whether the people participating in it like it, that has been my perception, and it’s just not my style.

I’m also fully willing to admit that I really DON’T understand the kink well and DON’T think that EVERY woman who does findom is a predator.

I just have a lot of trouble wrapping my head around shamelessly ordering or manipulating people to give me money because I guess in my mind it’s sort of wrapped up in humiliation and low self-esteem. (Although some people would say that I’m already manipulating people. Where is the line?)

Anyway, I’m not sure that’s true, and the experience I had made me see that I was painting with too broad a brush. My fear was that I would be attempting to take advantage of men in an unhealthy way, and that made me feel weird. I also really don’t want this to turn into a hatefest on findom or women or men who practice it. I know it’s easy to go there, but if I’m learning anything, it’s that some things are a lot more nuanced than they appear to be.

I just generally felt there was some “secret” to findom that I didn’t understand, partially because I have had a few men approach me with blackmail fantasies, and either I feel uncomfortable with the level of information they want to give me or they just get flakey and (of course) don’t follow through. It was like they wanted to play some game, and I was supposed to know what the rules of the game were even though they never explained them!

But I did have someone approach me for findom play yesterday, and at first I was skeptical. I thought, ugh…this person is going to be a pain. Sure. He wants me to take his money. 🙄 I’ve been here before. Soon I’m going to have to explain that I will not out his social security number on Twitter or message twelve random people on Facebook about how he likes cock. But this person seemed nice, so I went along with it.

And OMG. It was so much fun!

He was super nice and funny, and I flat out admitted I really didn’t know what I was doing. Without divulging what we discussed, I have not laughed that hard on a chat yet.

And yes. It was findom. But it was ethical. I asked straight out what kind of money he wanted to spend and tried to keep within those limits. Payment really does become a strange form of flirting in the online environment. (I really want to take some time and discuss this more, because it continues to surprise me. I do not feel this way offline.) While I would never demand it of someone past what is already built into the system, I do get a thrill from it. And he seemed to get a thrill from the control.

I don’t expect that I will be doing a lot of findom, certainly not the humiliating kind, just because 1. The bids on it on NF are insanely high and 2. I don’t think I’m very good at it.

But I must admit that my beliefs about it were challenged, and I met someone nice and very charming to talk to in the process.