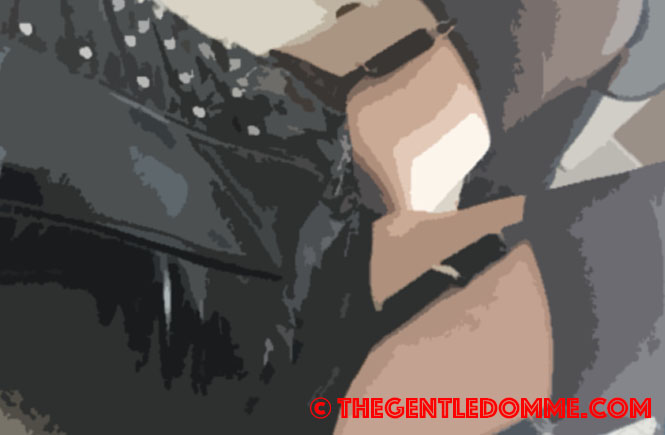 I have a friend who is a masochist. He knows about this blog, so if he sees this, he’ll recognize himself. Hi! Don’t out me. He loves receiving bodily pain…maybe enduring it? I won’t get into the why of it. It’s not my place to analyze his kinks.

And I’ve played with him a few times, and it was entirely exhausting. It was more of a fun challenge to me to see if I could make a dent in his pain tolerance, and the answer was no. (He was so smug too! He knew I wasn’t going to be able to hurt him. It made me wish I had a tire iron and no moral compass.)  Not only was I not strong enough (I have pitiful upper body strength…), I also wasn’t interested enough.

See. Inflicting pain doesn’t do much for me.

I DO love getting reactions. So, I like inflicting pain in as much as it will give me gasps or moans or giggles or entire words or sentences or paragraphs! (Verbal men are god’s rare gifts to this earth.) And I also have a weird thing where if someone puts his finger in my mouth, I kind of want to REALLY chomp on it, and I have to stop myself because I think I might accidentally sever their finger. I like biting in general. Lips. Stomachs. Thighs. Necks. Whatever the fleshy part of the body between your stomach and your back is. It’s so satisfying to sink my teeth in and gnaw.

But as for being a physical sadist. Meh. I’m a snobby pervert. It’s the intellectual stuff that gets me off.

My real kinks toy with the taboo. The WRONG. Corruption of innocence—in a totally consensual and often fantastical element—is my jam.

(By the way, I’ve realized I love putting GIFS in my blog posts. So, sorry. You’re going to have to endure some more. Just remember. If you hate it, I love it! So, you’re just making me happy by hating what I love. But I also love adoration. So, if you love them, you make me happy too. We both win either way. Isn’t that a great game to play?)

I’m kind of like one of the energy vampires in What We Do in the Shadows. But I hope I’m a little sexier than Colin Robinson. I definitely have more hair.

Honestly, I don’t understand how any woman gets off on vanilla sex. Maybe I’m just wired differently than most women. But I don’t think I am. I think most women require more than just the physical to get turned on. If they didn’t, romance books wouldn’t be so popular.

And the majority of romance books have M/f  power dynamics running through them, whether they’re explicit like 50 Shades or implicit like every cowboy themed my drunken daddy lost the ranch at a poker game and now I’ve been married off to this hunky but damaged man who borderline raped me but now I’m in love with him book.

M/f or F/m. I don’t think they’re so different. They both intellectualize sex and utilize the biggest sex organ—which is obviously the pipe organ. Have you seen those things? They’re huge. Size queen much? What? No pipe organs in your kink? You don’t know what you’re missing out on.