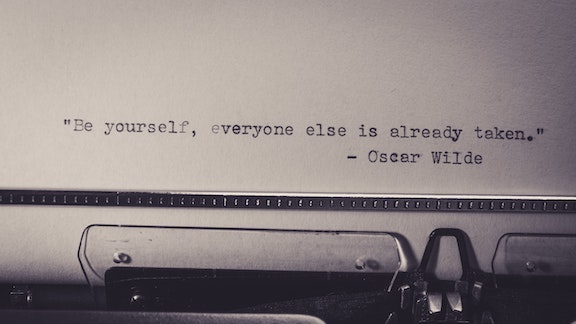 I was thinking about what to write about today, and I drew a blank. Some days I feel inspired, and some days I don’t.

I thought, “Self, what do you know enough about to write something interesting?”

And then it came to me…dirty talk! I could write about dirty talk!

I know that for some people, talking dirty is like pulling teeth. I remember when I was younger, I would have so many dirty thoughts swirling around in my mind, but the idea of expressing them out loud WITH ANOTHER PERSON IN THE ROOM seemed completely mortifiying to me.

When I would start, I always felt self-conscious and weird about it, and I think part of that was that my partner wasn’t really into talking dirty. So, because he seemed to feel weird about it, it made me feel weird about it. And it wasn’t that he wasn’t GGG. Some people are just more comfortable expressing themselves verbally than others.

As I got older, I got more and more comfortable being verbal during sex (and outside of it). The truth is that words have always had a very powerful effect on me sexually. Sometimes even repeating snippets of erotica to myself could get me so worked up that I would come.

I won’t lie. Weed helped. Getting high gave me the ability to lose my inhibitions enough to say whatever florid or foul thoughts were floating around in my head, and the courage to spew them out of my mouth. Sometimes, after I orgasmed, I was even like—wow—where did that come from?

And now, well, I would say I have quite the ability for dirty talk—at least what some people enjoy. Everyone has their preferences.

So, if I were to give some advice about how to successfully talk dirty, I think this would be it.

A Few Words and Phrases I Love

You can do it.

You can take a little more for me. Can’t you?

Be my good little pet.

Do you have any favorites?

2 thoughts on “The Art of Dirty Talk”