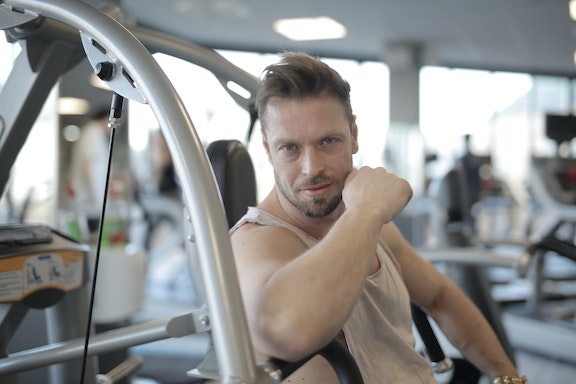 Can someone explain what this whole “Alpha sub” thing is to me?

I’ve been approached by numerous men who claim to be “Alpha subs.”

I think the general idea is that they think they’re different from other guys who have submissive or bottom tendencies. Right?

That regular old subby guys or bottoms are weak? “Beta” boys? Somehow less than? Embarrassing, even?

But what I don’t think these guys realize is how this comes off to the women I think they are trying to impress. I find it a distinct turnoff when someone labels themselves this way or goes out of their way to explain why they are so different from OTHER submissive/bottom men.

Because I like submissive men. And I like bottoms. I don’t need them to be “different.” Different from what? They are just men. They can be smart. Stupid. In shape. Out of shape. Tall. Short. Fat. Skinny. Rich. Poor. Ambitious. Creative. Lazy. Clean. Dirty. Whatever.

They can be all of those things because there isn’t a mold that someone is pumping out for submissive guys that means they’re all the same. And when you go out of your way to tell me how you are so different, it just screams insecurity to me. You aren’t comfortable with your sexuality. And that’s not sexy. It’s lame. Or sad. It lacks confidence.

And calling yourself an “Alpha” implies to me that you are going to be a lot of work. You are going to test me because you want to make sure that an “Alpha” sub belongs to a domme who is worthy of his Alpha-ness. And just ugh to that. Ugh to having to game play…I mean like the stressful bullshit game playing. Not the sexy kind where I see how long I can sexually torment you until you become a whimpering delicious mess of man.

What they like to mention is how demanding their jobs are, and how they are the boss all day and they need that release of letting someone else take charge. And that might be true, but it’s also kind of the oldest stereotype in the book about submissives. Isn’t it? Does that really make you an Alpha anything, or just a well-educated professional in the modern world?

How about someone saying, “Yeah. You know. I’m just kind of a laid back guy, and I think it’s super hot when a woman uses me the way she wants.” Would that make me think less of him? Hell, no. I’m anxious as fuck. I love calm men who can roll with punches and keep me on an even keel.

You can be ambitious and buff and still be submissive, switchy or a bottom. There is nothing in those characteristics that makes me think of you as Alpha or Beta or any other Greek letter. (But I am shallow, and if you’re hot, I might want to see you in panties.)

Or perhaps they label themselves that way so as not to be confused with sissies? But then lots of them turn out to like feminization and cuckolding fantasies anyway. Doth the gentleman protest too much?

Now, I admit that I label myself as a “gentle” domme, so maybe you could say-well, aren’t you doing the same thing? Aren’t you setting yourself apart from other dommes by saying, “Oh, I’m not like them.”

But I don’t think I’m any better or worse than any other domme. In fact, really, calling this blog “The Gentle Domme” was more for marketing purposes than anything else. It was a niche blog. It was an attempted SEO hack! It’s not like my play might not look similar to lots of other dommes, tops and switches who don’t think of themselves as GFD. Gentle is descriptive. Not prescriptive.

Maybe I’m being too snarky about this and someone has a better explanation for me. I just know lots of subs, bottoms and switchy guys, and none of the ones I like have ever needed to define themselves this way. Their minds and bodies simply speak for themselves.

2 thoughts on “The Myth of the “Alpha Sub.” Or: Do You Really Need to Use Greek Letters to Tell Me Who You Are?”