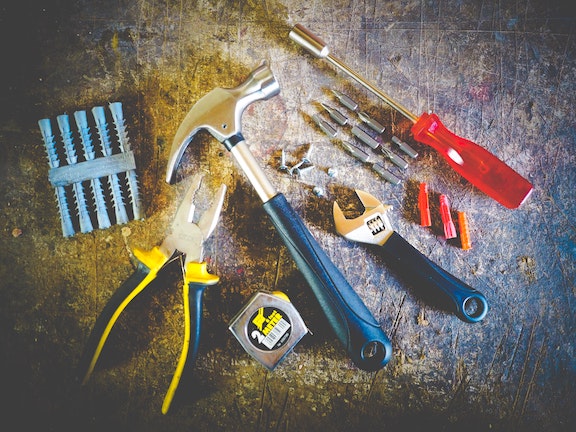 I’ve been talking to a lot of men recently who have kinky interests that they’re trying to understand and figure out, and I ultimately end up directing them to check out Fetlife, because it’s basically kinky Facebook.

It’s hard to think of many other resources that would give them such access to learning about kink. A purely educational website like Kink Academy, which I love and was a member of for several years, can teach you a lot about how to do kink. I love, love, love Princess Kali.

But there really aren’t any other resources I can think of other than Fetlife that allow people to learn SO much about kink and meet SO many other kinksters. It really puts it all at your fingertips.

But I also realized that when I direct them there, I’m not necessarily explaining the best way for them to USE Fetlife. And that’s not doing them any favors, because it can be confusing. All of these sexy people? Doing sexy things? And showing off sex, sex, sex, kink, kink, kink…..

But, as any kinkster knows, men are generally given a lot less leeway in the Scene to screw up than women. (For good reason. Many more men are predators and do scary things than women.) And so many women on Fetlife are approached so often by guys, that most are generally tired of it and have little patience for random messages from random men. Even seemingly nice men.

I posted the other day about using Fetlife to attract women. And I think those suggestions were largely good ones. Some people disagreed with me, of course. And they are welcome to ALL OF THE PENIS pictures that have been displayed to me over the years.

But, I also pointed out that Fetlife isn’t a dating site. It can be used that way. I’ve used it that way. But it’s not kinky OK Cupid. And most of the women showing off there aren’t necessarily showing off to specifically attract men. Some are. For sex, love or profit. But some are just doing for it for feelings of empowerment. Assuming it is an invitation is a mistake.

I realized when trying to explain this to someone how many spoken and unspoken rules there are in the kink community. I made a few mistakes when I was new to the Scene. I didn’t hurt anyone, and I didn’t get hurt too badly. But I looked and felt foolish and had my pride hurt. And because I was a woman, I think one or two mistakes were tolerated much more than they would have been if I was a cis-het man.

But that was all part of it. Joining Fetlife was just the start of learning for me. I didn’t just get on a website and say—okay—it’s all going to come to me. I didn’t even know what I wanted, really! I went to things. I started meeting people. It was so awkward. I tried things. I got hurt. I tried other things. I liked them. Got hurt again. I discovered more things that I did like and understood more about what I didn’t like, and along the way I made friends and connections and became a part of the community—a part of A community within the larger community. And I am still learning, and I look forward to going to events again when the pandemic is over.

You certainly don’t have to be on Fetlife or in the kink Scene to be kinky. Millions and millions of people have kinky fantasies, and a comparatively tiny number of them go to kink events or meet ups. But if you want to participate in the public kink Scene, then you have to put in the work to be a part of the community, like you would have to do to be a part of any community, learn any set of new skills.

The best way to utilize Fetlife as someone who is interested in kink and other kinky people but who feels unsure and is getting your footing is to go to meet ups. Those might be munches or happy hours. They are called different things in different places. But they are essentially vanilla gatherings of kinksters where you just hang out with other people and talk. You can make friends. Maybe flirt, if you’re lucky! People can see that you are a real person. And you can see that they actually look nothing those profile pictures…hmmmm. (My friend once told me to remember that a profile picture is the BEST you will ever see someone look. So, keep that in mind…especially people with penises for profile pictures.)

Another really useful thing to do is go to educational events. These are mostly online right now, which is good and bad. It’s bad because you miss out on the social aspect of the events. But it’s good because you have access to so many of them that were previously only in person. Take the opportunity to go to some virtual or in person events about topics that make you curious.

A third helpful thing might be to join groups. These could be local groups that host events. Or they could be groups related to topics or kinks you find interesting or sexy or even weird. Just make sure that when you join the groups, you pay attention to the rules and follow them.

So, now I feel like all of my future advice to visit Fetlife is going to be given with the caveat of this post. It is a tool to be used to begin your exploration in a way that is MORE than fantasy—if you want kink to be more than just fantasy. Which not everyone does.

I will say that I think that when you leave the fantasy behind some things get less hot. You realize that dommes do not live 24/7 in their tight latex and thigh high boots. You have to acknowledge them as people. And as much as I know some people will disagree with me, you have to accept that you cannot be a “slave” 24/7 because there is reality to live in and reality is not always kinky. You can be a slave, but you’re still a slave that walks the dog and buys groceries and probably plays board games and watches Netflix sometimes.

BUT some things get WAYYYYY more exciting! You get exposed to so many new things and experiences and people. You learn so much about yourself and your boundaries and standards and imagination. It isn’t a journey for everyone, by any means, but if you’re interested in taking it, be interested in putting in the effort.