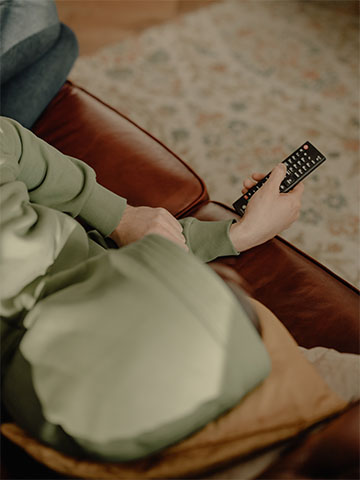 Well, I’m sure it happens to the best of dommes, but I am in a kinky rut.

Yes, I am still the sexy domme on the phone and on chat, and I still FEEL that when I’m doing online domination.

But in person? In my “kinky” relationship? Lately, we’ve been spending a lot more time watching “The Expanse” and ordering takeout than doing foot worship or dirty role play. And don’t even get me started on the last time I was moved to use my impact toys.

In part, this is because I’ve somewhat lost my taste for public play and play parties. They are always loud and dark, and it’s difficult to talk with friends or make new ones. And I’m really not into the performative nature of topping in public. It starts to feel like a show I’m putting on rather than something I actually enjoy because it makes me hot.

I used to really enjoy getting dressed up in my fetish wear and preening with my boy on my arm. But I think after a certain number of years, the novelty just wore off. And TRS also became less interested in masochistic play. If I WANTED to, I could certainly find other willing “victims.” But I guess I haven’t felt the desire to look for that.

Honestly, my desire has been taking a hiatus in general.

Maybe this is because I talk and write and record about kinky sex so much. It’s possible I don’t have much left at the end of the day for ME. But that is why I take regular breaks and days off. I want to keep part of my sexuality strictly for me–as a lifestyle domme and not a service top.

I feel like I need to do something to revive this part of me, but I’m not sure what. I started to exercise again, after being rather lazy in the summer heat. And I want to start eating better again. The better I feel about myself in general, the sexier I feel.

But as for reviving the kink in my kinky relationship (because I also have a much more vanilla relationship), I really don’t want to lose that. But it’s hard to find the effort when most of me says, “Just snuggle on the couch and watch Netflix.” In fact, I’ve even been finding myself wanting to be topped quite a bit lately, which is unusual for me. It’s like I want to be the person who doesn’t have to think and make the decisions.

There’s nothing wrong with a vanilla relationship, but, ultimately, I need power exchange to get off, and that usually stems from my mind and my fantasies. If I’m not having them and not inspired, sex becomes very boring to me because physical touch just isn’t enough to get me excited.

So, where do I find some new inspiration?