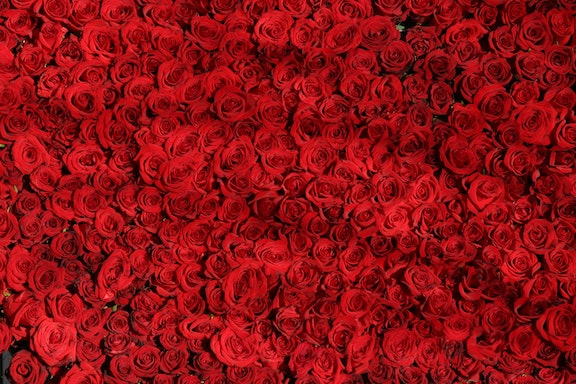 This weekend I will be on a panel about dating for Dating Kinky’s Valentine’s Day weekend event.

Part of me heard the topic and freaked out a little bit, because I actually don’t have very much dating experience!

I’m married, and I met my husband at a very young age. Then I was monogamous for a long time. Then we opened our marriage, and only about six months later, I met my boyfriend/lover/partner/submissive (whatever label you want to use).

And before that and since then, while I’ve done some kinky play and multiple people sexy times with others, I wouldn’t really say I’ve dated. I haven’t looked for any other romantic partner. I simply don’t have the emotional bandwidth or time or inclination.

So, what do I know about dating?

Perhaps you could say I know a thing or two about maintaining long term relationships. I seem to do that very well.

And if the ultimate GOAL of dating (for a lot of people) is to find a long-term relationship, you could probably find worse people to give advice than me. (Although I’m not declaring myself any kind of expert.)

But the process (and often misery) of dating that I watch a lot of my friends experience? Well, I think the best thing you could say about me is that I’m not jaded in that regard.

What I would say that I’m pretty good at is being an observer of people. And as a sexually dominant woman who engages with sexually submissive men as well as the kink community at large, I do have a lot of impartial views about how people conduct themselves.

I say impartial not because I’m not judgmental. (I can definitely be judgmental.) But because I’m NOT looking for additional romantic partners. So, I can watch what’s going on around me without feeling personally involved or upset.

So, I think that as the kind of woman who is theoretically what these men are looking for, it probably couldn’t hurt to get my opinion!

The most important piece of advice I would give to men who are looking for a “dominant” female partner is that a domme is still just a woman.

It’s weird because I actually hesitate to write that. And I think that some of that is imposter syndrome. As I write it, I think, “Am I a domme enough domme to make pronouncements about other dommes?” Especially as one who plays in the shallow end of the pool?

No matter how much kink is or isn’t a part of your life, no one can fully escape the monotony of adulting. And no matter how much someone’s kinks aligned with my own, if he wasn’t someone I respected, liked, found funny, charming and kind, that person could only be a sometime play partner at the most—not someone with whom I could have a serious relationship.

If you need kink in your life, I think it does make dating more challenging because sexuality isn’t something most people talk about up front and publicly. So, if you have a chastity kink or are into crossdressing, you either bite the bullet and bake that right into your OKC profile, exclusively look through kinky channels, or play the odds and just meet random people you like and then later take the risk of letting them know about your kinks.

And the risk of them not being into what you are increases with the popularity and depth of your kinks.

You like giving foot massages? Not many women are going to have a problem with that. You can LITERALLY only get excited by sucking toes? That’s going to be harder to accommodate for a lot of people.

So, I do think it adds another layer of complexity in finding a partner, especially if you are monogamous.

But beyond my sexuality, which is considerably important in my life, I’m still just like any other woman. When I met my husband, I don’t think I really even understood my sexuality. I was too young. When I met my boyfriend, it wasn’t really his kinkiness that attracted me to him. It was the other stuff….the vanilla stuff…being clever and nice and funny. I admit that looking cute in panties didn’t hurt. And having that compatibility about being perverts was important!

But neither of those relationships could last if I wasn’t seen as a human being first and a sexual being second.