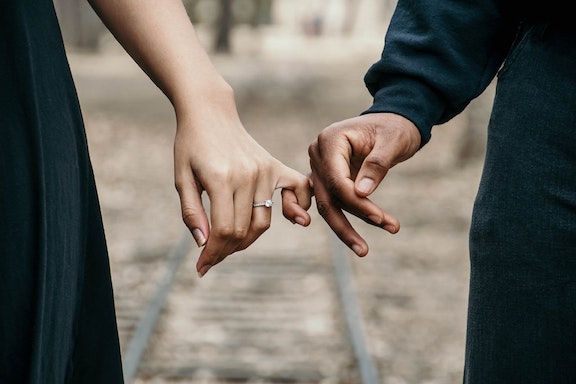 I’ve talked before about kink and non-monogamy and the overlap between the two in the public kink-o-sphere. Non-monogamy and kink certainly don’t NEED to go together, but they often do for people who enjoy kink outside of the bedroom.

Additionally, some specific submissive fantasies involve non-monogamy-namely cuckolding. While this is usually a male kink that tends to involve humiliation play, it isn’t exclusively a man’s kink. Some women are also into it too. In that case, it’s called cuckqueaning. And a hotwife (or I suppose hothusband?) kink is just enjoying seeing your partner get off with someone else while you get to watch and see them enjoy! It’s cuckolding minus the humiliation.

First, I would recommend not opening your relationship if it’s not on solid ground. A lot of couples think this is a way to fix a troubled relationship, and it is most definitely not. You are just creating more complications and making is easier to leave the relationship if someone “better” comes along.

Two, this should not be a one sided decision. One thing I’ve heard over and over is that it’s usually men who initiate opening a relationship, but it’s women who find that they enjoy it. Why is that? Well, women tend to have more options than men. It tends to be easier for them to find partners. And that can cause some friction if one partner is feeling fulfilled with this new arrangement and one isn’t.

Really think about humiliation fantasies before trying them. I know that cuckolding might SEEM hot in your mind. But the actuality of it might not be. It might leave you feeling demoralized and upset over something that you can’t take back. If you do have these kinds of fantasies and are thinking about playing them out in reality, I would urge you to go slowly. Take baby steps. Humiliation play can be very intense, and it’s not something to take lightly.

Non-monogamy in it’s various forms can be exciting and fulfilling, but it can also be fraught with emotional peril, and that’s not including the obvious advice to be safe, get regular STI checks and insist that new partners get them too. I don’t think anyone should really be having indiscriminate sex right now until the pandemic dies down, but even then, it’s something that you want to give a lot of thought about before taking the plunge.