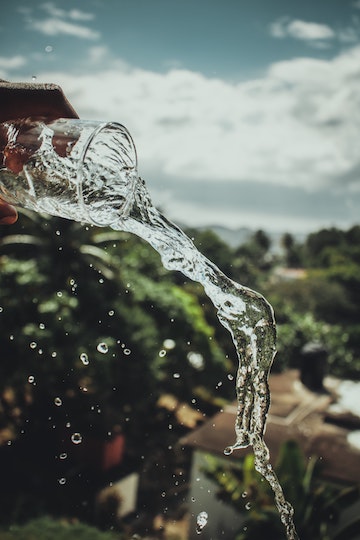 So, I have kind of a weird turn on.

Ha ha! If you’re reading this, then that means nothing to you. I regularly hang out with people who like getting stapled for fun.

This is much more innocuous. And much less bloody.

I get turned on by the idea of making men come in their pants.

I’m going to be honest. I don’t think I have yet ever made this happen. I’m thinking back. Possibly in underwear. But definitely never through pants, despite my best ministrations. I’ve gotten close, but there was never quite enough stimulation. But I really WANT to make it happen.

What is it about this that I find so hot?

I think first it’s the embarrassment. I love the idea of making men lose control, despite their best efforts.

And there’s something so juvenile and inexperienced and even a tiny bit emasculating about forcing a man to make a mess of himself in his pants. (Yes. There are some other options for that, but they aren’t quite my jam.)

One of my favorite things to do during sex is to tell a man to definitely NOT come, while doing absolutely everything in my power to make him come and fail. So, this might be just a different take on that.

In my ideal fantasy, I’m probably lighting rubbing him through his trousers, watching him get more and more turned on, more squirmy.

He tells me to stop–that he’s getting too excited, that he’s going to make a mess, and I give him a pitying look and tell him that he just needs to calm down and get himself under control.

And he gulps and says, “Yes ma’am,” but it’s clear that he’s not so sure, and let’s face it..I’m not slowing down. In fact, if anything, I’m speeding up–rubbing harder, squeezing, getting more of a grip on his bulge.

“Oh”…he looks down and there’s a slight wet spot appearing through the fabric.

“I’m leaking,” he says, like he knows he’s being bad, which just makes me more thrilled.

“You are,” I say, not at all condescendingly. 😉 That’s my favorite voice to use. Condescending yet gentle. I get off on fake pity.

“Poor baby,” I might say. “I know it gets hard to get so excited. This is why I know what’s best for you Isn’t it?”

I think we both know the answer to that question.

Now, were I to take it further, what might happen?

His breathing would speed up.

He’d tense up, maybe half heartedly try to push my hand away, but I wouldn’t be having any of that.

I’d just slap it away gently and say, “I thought we agreed that I know what’s best you for. Didn’t we?”

And he’d gulp and say, “Yes, ma’am,” the red on his cheeks starting to creep all the way down his neck.

“Sssshhh.” I’d hold his head tight to my breasts with my free hand and tell him to be quiet, that he doesn’t need to think, that I do the thinking for him.

And I’d feel the wet heat under my hand as he jerked against me, nuzzling his head into my neck out of embarrassment and adoration.