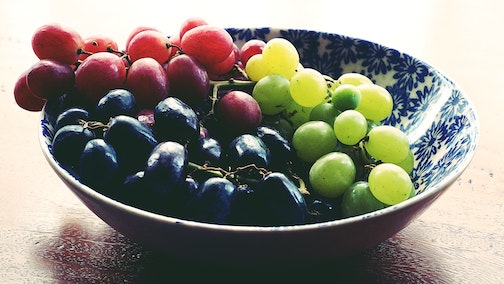 Get ready. This is going to be a rant.

I’ve also been interacting with a lot of guys who have submissive fantasies because of this. And they have mostly been nice and respectful. Really. Like 99%! The chastity guys are the best. Being locked up is really doing something for their manners. We should try it in congress.

But, man. There have been a few men…just a few….

And that sub men were seen as weak and most were being abused and emasculated.

And it was WRITTEN by a guy who claimed to be a male submissive.

But, you know. Like a DIFFERENT kind of male submissive.

Sure…sure…he still wanted women to be in charge of him and sexualize him and presumably tease and “torture” him…but…you know…only in a totally “heterosexual” way.

And not in a way that made him feel “worthless,” even though he wasn’t talking about fantasy at all—but all those actual, real life men involved in real life relationships where their kinky female partners were making them feel like shit about themselves all the time, but I guess they just stayed in those relationships because they were emotional masochists and totally not like IDK regular miserable vanilla people in crappy relationships.

It’s much more productive that way.

At first I argued with him. But then I realized I was wasting my breath. I wasn’t going to change this guy’s mind any more than I was going to convince the people over at the evangelical church that Biden is their guy.

That was amusing and true.

But there are also LOTS and LOTS of femdoms who like very masculine looking submissives.

Dare I say the majority?

I know that for me, a preference for some gender bending in men has nothing to do with emasculating them. I just think men’s clothes are very limiting, and some men look really hot a little more…peacocked?

I feel like the fact that more femdoms than maledoms are into a little cross dressing has a lot less to do with wanting to humiliate anyone as just liking things that are—pretty.

I don’t know. I can admit that was an interesting point. It is true that far fewer women in kink want to be dressed up or treated like the opposite sex, but I also think that men, for all their privileges, are still in very constrained societal boxes in terms of what is “acceptable” regarding their appearance, the way they express emotions and their expressions of sexuality. This is one area of life in which women in many countries have more freedom than men.

And women, on the whole, have to rely on something other than brute strength to be seen as powerful. I have never met a man, any man, who I think couldn’t physically overpower me, if he wanted to.

And yes…that is because I am pathetically weak.

But it is also because I’m a woman, and I have no upper body strength. Even men who I was SURE I could take down—no. I was wrong.

So, where do I get my power from? I am given power, and a lot of it is sexual power. And the way I display my power is often through the use of language.

I really don’t like to play armchair psychologist with kink. While I’m sure there are some deep seated psychological reasons that I like to express my sexuality the way I like to express it, a lot of it boils down to—it’s just hot. I find it hot. And lots of people do. Lots and lots. I have no doubt that 36% of Americans are fucked up. I place the number much higher than that. But I don’t think 36% of Americans are fucked up BECAUSE they like kink. Or that it’s the kink that’s made them fucked up.

So, who is really the self-hating one? The guy who accepts his sexuality and doesn’t feel the need to shit all over things other people are into? Or the one who can’t stand that other men are into things he isn’t because he’s so insecure he doesn’t want to be lumped into a category with them?

Gee.  And which one do I find more appealing as a woman—especially as a woman who is willing, eager to toy with conscripted gender roles? Someone who is accepting of himself and others? Or someone who has narrow definitions of what they find acceptable regarding sexuality and gender and a grudge against what is already a self-selecting group that is hurting no one and forcing no one to join?