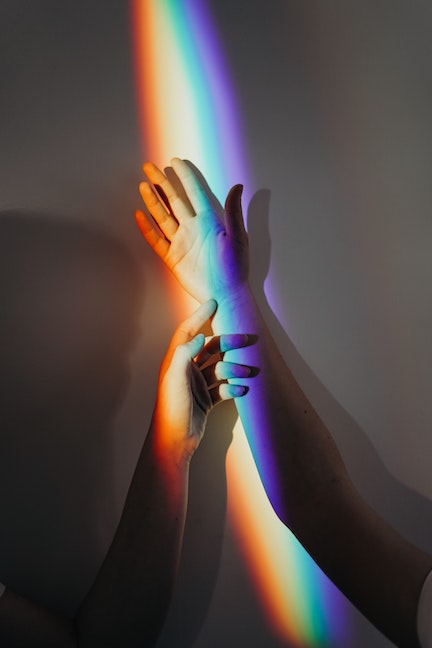 I’m working on the fourth part of my Keyholder chastity erotica series. It’s becoming such a sweet, kinky love story. I guess I’m just a romantic at heart! Hopefully, it will be done in the next day or two. I must stay motivated to write!

I do release the stories for free here, but I also make paid versions of me reading my stories out loud to you if you’re into that idea. My Hot Stories + My Voice=Whatever You Do in The Privacy of Your Abode!

Today, I actually wanted to talk a little bit about forced-bi. This is a fantasy I’ve been running into more and more with my phone friends. And I admit I’ve always felt a little strange about it.

It’s not the bisexuality that weirds me out.  Oh, no. I mean, I have absolutely no issue with anyone’s sexual orientation and/or consensual preference, and I ALSO personally find the idea of being involved in an MMF or just watching two hot guys get it on to be VERY EXTREMELY DELICIOUSLY SEXY!

You know, just in case two gorgeous hunks are reading this. Or even one! I can provide the other with chemistry. 😉 (I’m joking. Don’t stalk me, please. I’ve been watching too much Hannibal lately.)

So, no. It is not the bisexuality that I feel weird about. It’s the forced part.

I don’t see anything wrong with being bisexual or being a guy who identifies as primarily straight but just occasionally likes to hook up with other guys. And that stands for whether those hook ups are vanilla or kinky, top, bottom, both or neither.

And I think that’s why the “forced” part of forced bi makes me a little uncomfortable. I feel like I’m contributing to stereotypes and shame regarding homosexuality if I reinforce that it’s somehow bad or weak or dirty or shameful or “girly” to be a guy who wants to get with another guy. That I have to make a guy do it because me making him makes it ok for him to be okay with the fantasies he’s already having.

Instead, I want to be like, “Oh, no! You be proud to suck that cock! You be the best cock sucker you can be, and I am totally going to love watching you be my eager cock slut!”

But—then I also get that a big part of kink is playing with taboos, and there can also be guys who really are totally okay with their desires but pretending that they’re being forced just makes the fantasy hotter because they want to be obedient and get off on me being in control. I feel more comfortable playing with the fantasy if I know that and not that I’m encouraging deep seated shame about homosexuality or bisexuality. But…we can really go down the rabbit hole, here…

I have had two people this week ask for me to call them the F word, and I realized I couldn’t. That was a hard limit of mine. I just didn’t feel right using that word, even in fantasy, even if someone was asking me to call him that because that’s how he identified.

And I think that’s because if a proud, out, gay man wants to identify himself that way, I’m totally fine with him taking back and using that word. But I’m not a proud, out, gay man, and I had the sense that the people asking me to use that word weren’t either, and that felt like hate speech to me.

I think what I thought was most surprising was that I hadn’t actually expected to encounter that word at all—maybe because it’s a word I just don’t hear in the public kink Scene, where people are generally pretty “woke” (yeah, I used the word) and aware of the power of language. It caught me a little off guard.

I’m not the kink police, and I think people should be able to do whatever they want consensually. But that was a limit that I found for me. And as for forced bi, it’s not that I don’t want to force eager little cock suckers to do a thorough job sucking cock, but I want them to be eager to be eager and not secretly self-hating. Major lady boner killer, there.