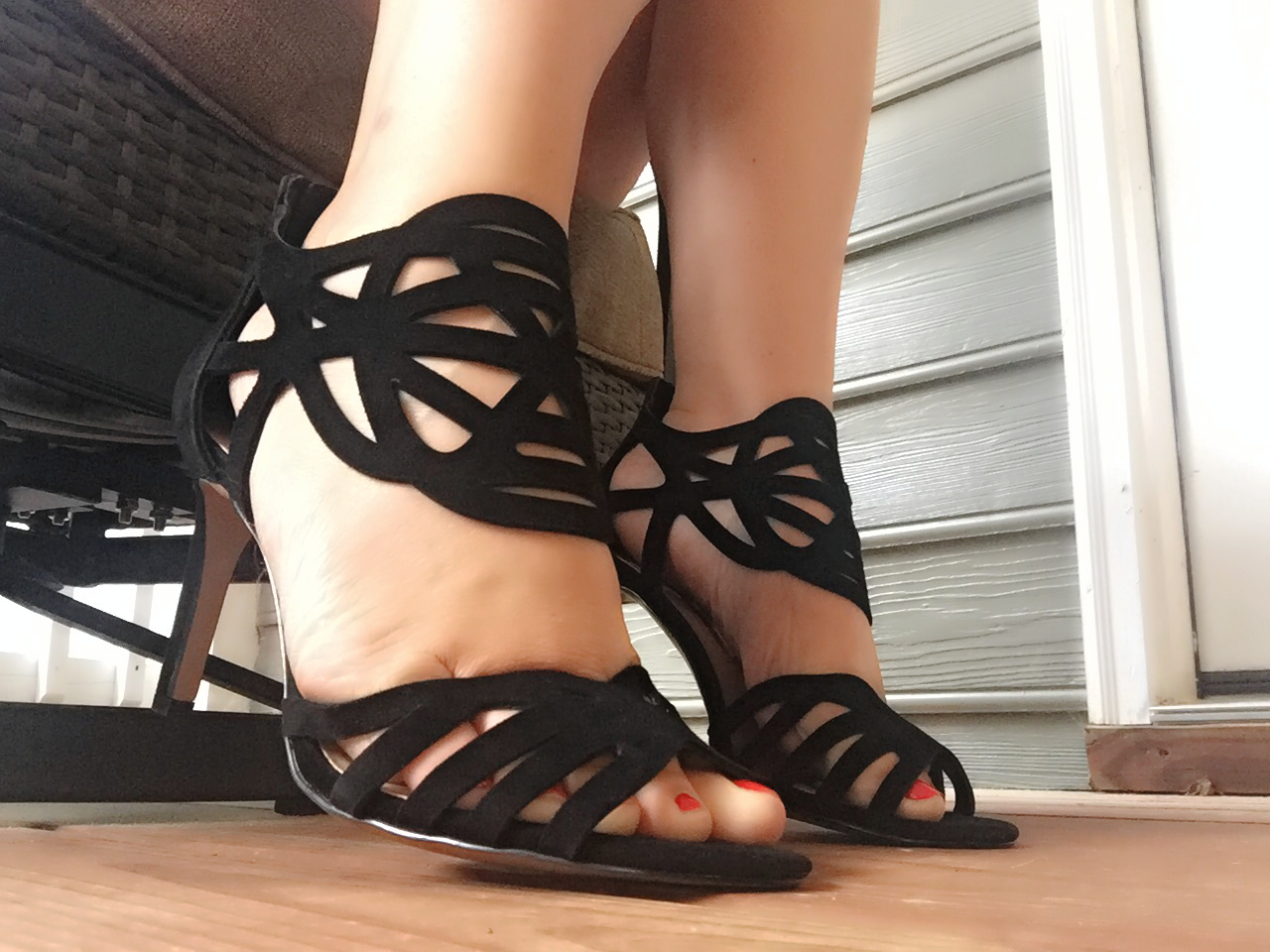 So, to start, I will be honest. There is nothing that I find inherently sexy about feet.

I don’t dislike feet. But I also don’t really sexualize them. And I don’t think that’s very strange because I am pretty sure the vast majority of foot enthusiasts are men. You can look to a Belgian study that surveyed 1027 members of the general Belgian population in 2017 and found 76 men (17%) and 23 women (4%) who answered “Agree” or “Strongly agree” to a fetish interest in feet. But you can also just look on most foot fetish boards and notice that there are VERY few pictures of men’s feet and very few women there looking at other women’s feet.

This makes sense, considering that women take care of and decorate their feet in a variety of ways that men usually do not, such as getting pedicures and using scrubs to keep our feet soft, wearing heels and pretty sandals and boots, and sometimes even wearing jewelry like toe rings and ankle bracelets. I wonder if it were more socially acceptable for men to pamper and decorate their feet, if women would develop foot fetishes? (Not so deep thoughts…from me.)

I like the feet of men whom I like, and I’ve done some toe sucking and foot adoration, but I wouldn’t say I have any kind of foot fetish.

My boyfriend likes feet. Not all the time. He’s not a hardcore foot fetishist. I don’t catch him ogling women’s feet in their summer sandals. But early in our relationship, we did quite a lot of foot play. In fact, the first date we went on, I let him give me a foot massage. Yeah…let’s use the word “let” and not I totally welcomed the idea of getting a foot massage from someone who was really into me and my feet.

I talked to him last night about this when I mentioned I was going to be writing about foot worship, and here were some of the takeaways from our discussion.

As for what I like about foot worship, well, I love foot rubs! Who doesn’t? And he gives VERY good foot rubs, because he likes it. I will often just present my feet to him for a foot rub while we watch TV or relax on the couch.

I love pretty shoes and boots, so while I don’t have a foot fetish, I’m very into adorning my feet and having them be admired. (Although, honestly, I think I have pretty average feet.)

I also like being adored, and I like big gestures, so I think it’s very cute and funny when he drops to the group and kisses my feet and legs.

As for the more sexual aspects of foot fetishes, I have to admit that I’m not great at giving foot jobs. I don’t mind giving them, and I think they can be fun. But, honestly, I don’t have great coordination with my feet! It is much more tiring than giving a hand job. It’s an enjoyable fantasy for me to write and talk about, but I’m not sure I’ve ever been able to give a foot job to completion. I’m totally open for some tips if anyone has them. The spirit is willing, but the flesh is weak.

It is hot to wrap my legs around someone from behind while giving a hand job. 😉

I have never trampled anyone with my feet, although I’ve seen a friend do it. She was approached by a stranger at a club who asked her to step on him, and she obliged—carefully. She was wearing boots.

I’ve also heard about a man who brings his own pillows with him to play parties so he can “safely” ask women to step on him. And I know of another man who is locally famous for his foot fetish pedicures. I have heard he’s quite good, but I must admit that I would rather just pay someone to give me a pedicure. It seems less complicated.

And I’ve never been with anyone who was into sniffing stinky feet, although I kind of love the idea? I mean, I don’t think I’d feel embarrassed about letting anyone sniff my stinky feet if they wanted to. It would probably make me laugh.

I do love the idea of someone drizzling honey on my feet and licking it off. 🙂 #GOALS.

In terms of foot fetish information and experience, I know I’m not an expert. I’m curious. If you’re into women’s feet, what is it about them and how do you like to express your desires?