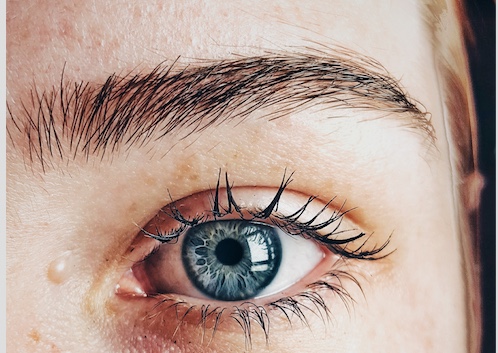 I was looking at some of the keywords people were using to find this blog the other day. (I’m trying to understand the marketing side of blogging and not just the writing side, which I find infinitely more fun. If any marketing service subs would like to come out of the woodwork, now would be an excellent time.)

I’ve seen this picture several times, and it always makes me stop and fall in love with it every time. I love so many things about it. The girl isn’t wearing a super sexy outfit. She’s just wearing a plain bra and tights. She’s got on glasses. She has a bob. Nothing glamorous. She even has a small belly pooch. The boy has a nice body, but it’s nothing crazy. I do think if there’s one criticism I have of a lot of these pictures is that the men in them lean very boyish and feminine, which I would imagine might feel off putting to a lot of men into GFD who don’t look like that. However, it’s not like women aren’t dealing unrealistic body image standards in constantly! This picture is very sexy but also very soft and loving. You can really feel the chemistry between the characters. She’s in control, but you know these are people who care about and trust each other. That is SO hard to find in more porn.

Last, I chose this picture more randomly. He’s less feminine than a lot of guys you tend to see in femdom manga. There are no genitals, although it’s pretty clear what’s happening. You don’t really need to see the body parts to feel how sexy this picture is. You can see everything on his face, the sweat on his forehead, the red in his cheeks, the concentration in his eyes. You can even see his toes curling. He looks very vulnerable, but he’s clearly excited and wants more. He’s pulling her toward him with his hands on her head and neck. This picture is just all kinds of unnnnffff.

I also think it’s interesting that so many men in GFD manga are rather girlish looking. It reminds me a little bit of the teen idol magazines they had when I was kid. Those boys were so PRETTY! Is it because they look non threatening? Is it just because a lot of women like pretty men–maybe more than want to admit it? Does the sense of femininity convey some kind of vulnerability that’s hot? I’m really really not sure, but I admit that I’m guilty of liking these pictures myself.