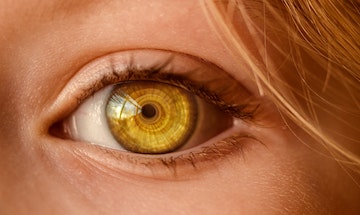 I don’t believe in hypnosis.

I’m going to qualify that statement. I don’t believe in hypnosis as most people have been taught to see hypnosis.

I don’t believe that you can actually be forced to do anything that you don’t want to do because of mental coercion, unless that coercion is long standing and traumatic.

But I do believe in meditation, and the mind-body connection, and I have experienced what we now call ASMR from several phenomenon long before there was a name for that sleepy, blissed out, heavy feeling.

Still…hypnosis? I really had a hard time with buying it.

I’m sure for the female domination hypnosis connoisseurs, I don’t pass muster. But for the men who want to enter a relaxed state where they get to be suggestible to all my naughty ideas and let their brains marinate while I play with them…well…I’ve gotten some nice feedback. And I’ve realized that hypnosis play fits in well with a lot of the other psychological control I enjoy about kink—especially, my favorite, orgasm control!

I might even like to try bottom for some more hypnosis, if only I can give up a little control?